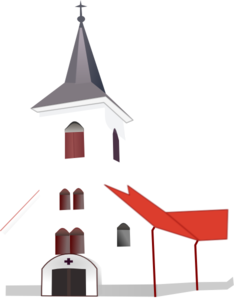 Religion is something that is highly important to many people in the world. A big part of belonging to a religious group is having a community, within your community, where you can be comfortable and worship together. Because of this, it is always important to find a religious institute that shares your views, when you move to a new city. If you are looking for a Christian church, you need to decide what denomination you want to belong to. There are so many different sects within Christianity, and they all have somewhat different focuses and approaches to their religious practices, despite the fact that they share the same core beliefs. One of the most important factors in finding a church for you is determining whether you want to belong to a Catholic church or a Protestant one.

The history of how Christianity evolved over the years is interesting, and it shaped how European and even world history took shape. Originally, there was once Christian church that eventually branched into two. The two branches were the Catholic church and the Orthodox church. Both were widely practiced for hundreds of years before the other branches of Christianity came to be. Nowadays, Orthodox Christianity is mostly practiced in Eastern Europe. Unlike Catholicism, Orthodox Christianity did not spread quite as far, although it did come to be practiced throughout Russia and parts of central Asia. That being said, it is Catholicism that would come to thoroughly shape and change the course of history in Europe. Catholicism was the dominant religion throughout all of Europe, until the renaissance, during which time many religious figures started to rise up and challenge the Catholic church. The Church of England was founded, as a protest of the Catholic church’s strict divorce rules. Martin Luther is another important figure in Protestantism, as he was responsible for publicly resisting the Catholic church. Most of the churches in the United States that are not Catholic are some form of Protestant. That being said, Protestantism is a broad area of Christianity, which encompasses everything from Baptists to Lutherans. In the United States, Mormonism was another branch of Christianity that was founded, which is essentially its own separate sect of Christianity.

Of course, when it comes to deciding where you are going to go to church, your decision will probably be based largely on what you already believe in. Most Christians have some sort of specific sect of Christianity that they belong to, though not all of them do. If you do not have a specific church that you already identify with, you should consider your options, so you can figure out what speaks to you the most. For many people church is all about togetherness and community. Because of this, it is very important to find a Christian church where you feel welcome. Obviously, there are many different options, but the feeling of community is one of the most important aspects of feeling at home at a church or other religious institution.